The Yale Initiative for the Study of Ancient Pyrotechnology (Y-PYRO) serves as an umbrella organization for archaeological research carried out by faculty and students associated with the Council on Archaeological Studies and the Department of Anthropology. Y-PYRO also oversees the Yale University Archaeological Laboratories (YUALs), a cluster of integrated analytical, dating, and other scientific facilities for teaching and research, including the Yale Archaeological XRF ExoLab.

Technology and material culture can be conceptualized in terms of greater and greater control of fire: that is, pyrotechnology. The emergence and spread of our species depended on using fire for cooking, warmth, and protection. Later the development of new technologies and materials, until quite recently, depended on attaining and controlling higher temperatures – we progressed from starting campfires to creating synthetic materials like ceramics and metals. Yale faculty and students conduct field- and lab-based studies on how our increasingly sophisticated control of fire, as evidenced in the archaeological record and in material culture, became a critical stimulus to the emergence of behavioral, cultural, and societal complexity around the world.

The study of pyrotechnology unifies the STEM fields (materials science, chemistry, geology, etc.) and anthropological archaeology, producing a scientific perspective that is more than the sum of those parts. Therefore, archaeological science at Yale is organized around – but certainly not limited to – an overarching theme of pyrotechnology. In turn, Y-PYRO serves to focus and unify diverse research projects of Yale faculty, students, and other scholars. 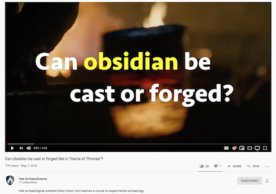 May 17, 2019
Students in the new course Introduction to Experimental Archaeology (ANTH/ARCG 253 & 559) made YouTube videos of their final group projects as part of Y-PYRO’s... 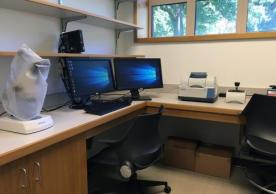 July 31, 2018
A new Thermo iS5 transmission FTIR and an iD7 diamond ATR attachment has been installed in our Clean Lab, thanks to a Howard Hughes Medical Institute’s Campus Grant to... 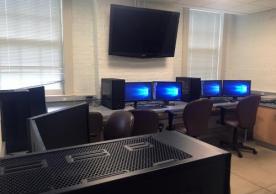